Take talented young people, multiply them by the math teaching provided at the International School of Beijing (ISB), add the school’s support for its students taking part in prestigious competitions around the world, and what do you get? The answer is an ISB Middle School student preparing to compete in the MATHCOUNTS National Competition this weekend.

Grade 8’s Alex H (pictured, below) has out-calculated more than 100,000 fellow mathematicians from the United States and other countries to qualify for the finals of the event, taking place from May 8 to May 10. He is one of just four students from international schools to have reached this stage of the 2020-2021 competition.

As with previous rounds, he will be tested on the speed and accuracy of his math, problem-solving, and mathematical reasoning in an exciting format designed to challenge and inspire the best young mathematicians. (See the MATHCOUNTS website or watch this video for more information on the competition.)

Alex and 223 other stellar math students will compete to be crowned the National Champion. The winner and other award-winning “mathletes” will receive college scholarships. 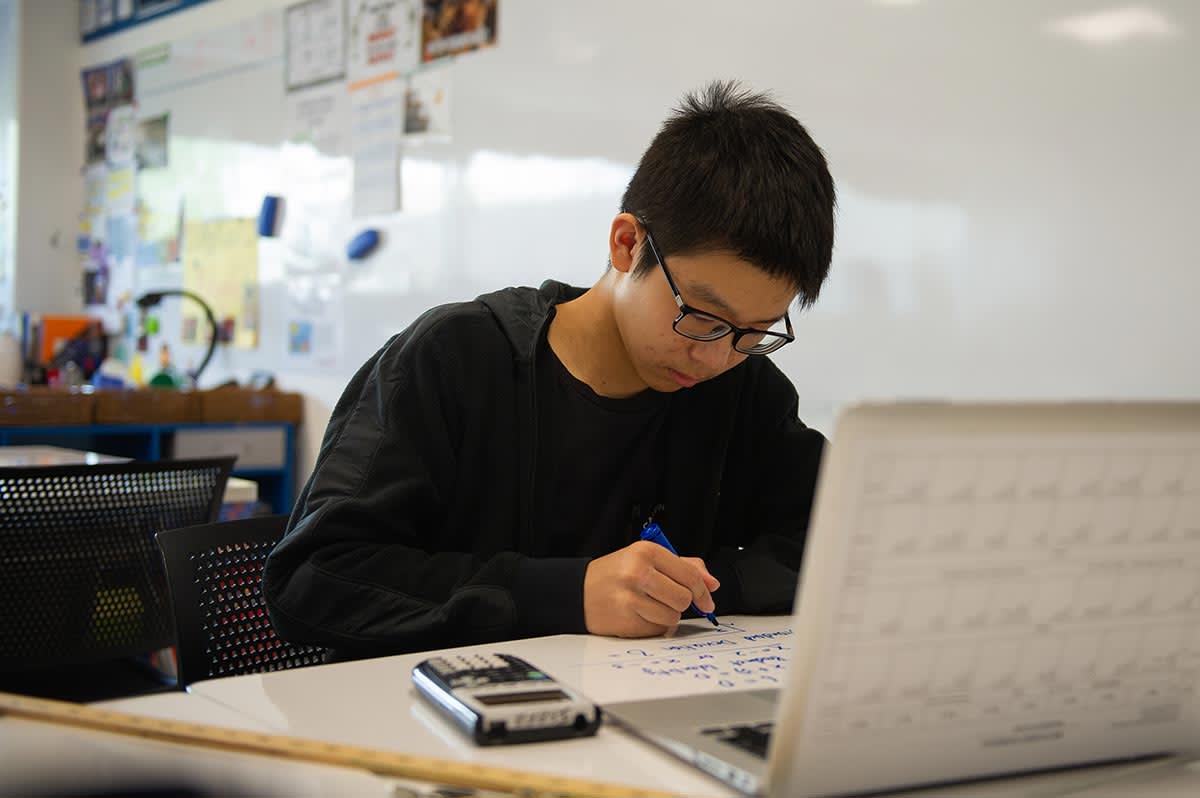 Alex said, “It’s such an honor to have qualified! There are so many bright mathematicians and only a bit more than 200 of them make it to the national round each year. Being involved in MATHCOUNTS has made me realize how important it is to persist in the face of any challenge.”

Alex, who has been preparing for MATHCOUNTS by solving math problems on online platforms in addition to his schoolwork, added that his achievements in the competition would never have been possible without the support of his ISB math teachers Mr. Craig and Ms. Cheng. “Mr. Craig had long been the leader of the Mathletes after-school activity, which allowed him to regularly share MATHCOUNTS Minis, a series of videos that explain real MATHCOUNTS problems. I always learn something new from each one.”

ISB has a proud record of taking part in MATHCOUNTS. While previous finalists from the school have received expenses-paid trips to the U.S. to compete in an in-person event, the entire competition is being held online this year.

We’re counting the days to see how Alex fares this weekend!

Topics from this blog:
Experiential Learning High School Facilities
Back