BEIMUN a success against the odds

By the BEIWATCH team. Edited by Nick Yates, ISB Communications

At the end of four eventful days, full of spirited and fruitful debates, speeches, and discussions, the annual Beijing Model United Nations (BEIMUN) conference came to a close on Sunday.

BEIMUN, hosted by the International School of Beijing (ISB), is regarded as one of the top high-school Model United Nations, academic simulations of the UN popular around the world. Due to Covid-19 safety considerations, the 28th BEIMUN was conducted virtually, with student delegates discussing each committee’s issues and resolutions over Microsoft Teams. Although unable to attend the conference physically, delegates were still able to interact, challenge themselves, and enjoy this prestigious event in the midst of a pandemic.

The conference maintained many of its traditions. On a relatively calm Saturday afternoon in the Security Council Commission, the voice of the President ignited the air sharply, announcing that a crisis had struck. Delegates were given 20 minutes to respond. The challenge of proposing immediate resolutions that would address an impending global conflict was met with the utmost professionalism and superb improvisation. Those on BEIMUN’s Security Council have been equipped with the knowledge to take on a world rapidly advancing towards an uncertain future.

Meanwhile, a group of people were gathered at a local hotel and they deserve now to be brought before the curtain – the ISB student leaders who organized and coordinated this memorable event. Despite working in the shadows of the spotlight, the fire of their passion for BEIMUN fueled by determination to organize an unforgettable conference gives them haloes just as bright as the protagonists’. 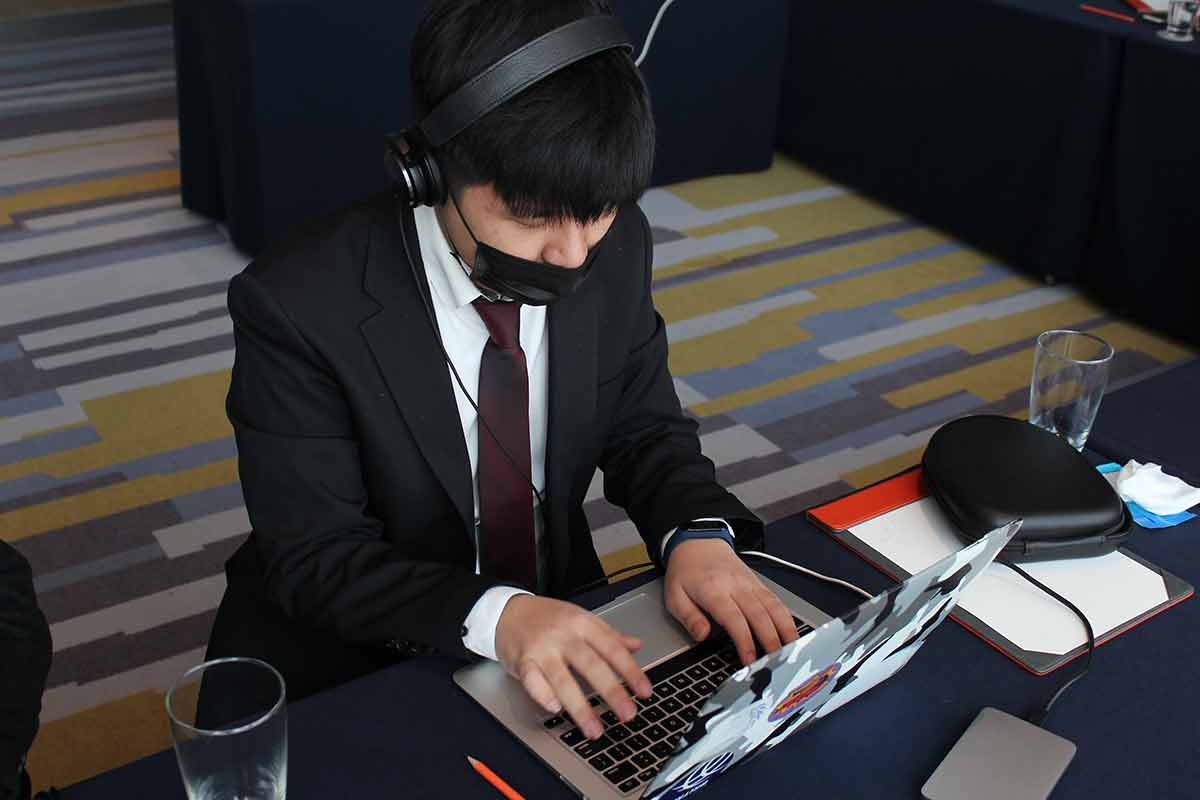 The organizational team spent hours resolving technical issues while overseeing the proceedings of all 133 BEIMUN channels. Delegates will have become familiar with the Deputy Secretary-General’s face appearing in multiple committee channels. Behind the scenes, the organizers were the architects who constructed the framework of the conference.

Credit for the handbook that many delegates and chairs reached for when in doubt? That goes to the Deputy Generals. The Head Admins were responsible for training and managing the admin staff, assisting the Secretariat prior to the conference and monitoring the helpdesk to provide technical support during the event.

Also in the hotel was the executive team in charge of BEIWATCH, the student-run newspaper covering the conference. Interacting with the BEIMUN team, these editors aimed to finalize a perfect edition of BEIWATCH for hundreds of delegates to enjoy. Without the support of our heroes behind the scene, this event with unprecedented challenges would not have existed.

Speaking of challenges, the 28th BEIMUN was not without its technical glitches. The notes commonly passed around during a diplomatic conference like the UN – and MUN – had to take on a digital form. “Some delegates had technical difficulties in opening resolutions. It was not easy for us to send and receive notes to each other without using the notepaper,” said ISB delegate Sally K, Grade 9.

A variety of minor technical issues came together to present headaches for this year’s organizers. Sally said she hoped these could be overcome for future virtual MUN events including the annual BEIMUN.

Sadly, the graduating class of 2021 will of course not be involved in next year’s conference. Given their brilliant performance over the weekend, none should regret that this marked the finale of their political pursuits in High School. Stepping into the unknown future, our Seniors have nothing to fear, as the world is friendly to those who understand it well, something BEIMUN has greatly helped with.

Congratulations to all delegates for debating a total of 59 resolutions across 36 topics in 12 committees this year, and we look forward to seeing many of you next year!

Topics from this blog:
Experiential Learning High School
Back